Cannabis sativa is a part of the medical-cultural heritage of many lands. It is mentioned in Assyrian clay tablets as a drug for treating neurological conditions, and it was used for a variety of medical problems in China and India when Northern Europe was still governed by barbarian tribes. Cannabis has been regarded as a folk medicine in several cultures for centuries. The cannabis plant – also known as hemp and cannabis – has been used throughout agricultural history as a source of intoxicant, medicine, and fibre.

The Cannabis sativa era has a long and remarkable history dating from prehistoric Xinjiang, an ancient Chinese place, where users consumed Cannabis not only for religious/ spiritual or hedonic purposes but also for its medicinal effects.

The first report of hemp medicinal use comes from Chinese medicine, around 2300 B.C. According to Chinese legend, the emperor Chen Nung discovered cannabis’ healing properties as well as those of two other mainstays of Chinese herbal medicine, ginseng and ephedra. Eventually, cannabis was put to common use in folk medicine, usually in the form of a tea or edible extract. The medicinal use of smoked cannabis is largely a recent phenomenon. 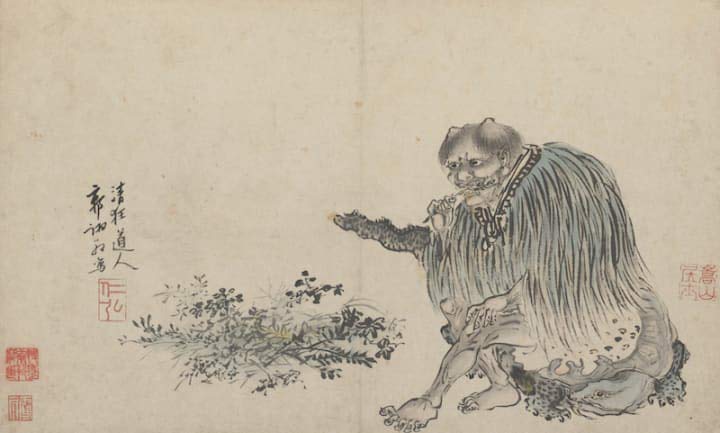 In India, cannabis has been associated with magic and religion – as well as healing – for thousands of years. Practitioners of traditional Ayurvedic medicine still prescribe cannabis to promote sleep, appetite, and digestion as well as to relieve pain; it is also considered an aphrodisiac and intoxicant. In India, Cannabis became part of the Hindu religion, being subsequently introduced to Europe between 1000 and 2000 B.C.

In general, cannabis was a completely uncontroversial element of everyday life for both the Greeks and the Romans, used to make mats, shoes, cloth, and especially ropes. Medically, it was used to treat horses as well as humans. In the treatment of humans, it was part of the physician’s pharmacy, and several parts of the plant could be used.

By contrast, ancient Greek and Roman physicians cautioned that excess use of cannabis could dampen sexual performance. Despite this drawback, Dioscorides – a doctor in the army of the Roman emperor Nero In the first century A.D. – as well as Galen and Pliny the Elder recommended kannabion (a diminutive form, “little cannabis,”) as a treatment for a variety of ailments.

Probably the earliest surviving account of the medical use of cannabis is the entry in the Materia Medica of the Greek physician Dioscorides, published around 65 CE, followed closely by the one in the Historia Naturalis of Pliny the Elder, finished in 77 CE and dedicated to the emperor Titus.

Only a few original texts concerning a physician’s actual practice of medicine survive from the eleventh and twelfth centuries of the Byzantine Empire. Of these, Simeon Seth’s Lexicon on the Properties of Foods (Syntagma de alimentorum facultatibus) is perhaps the most important for understanding how dietetics were applied in Byzantine and Arabic culture.

Seth benefited from a fluent knowledge of both the Arabic and Greek languages, and he became fascinated with the medical books of both therapeutic traditions. Seth’s treatment of the plants is arranged alphabetically, and under “K” (kappa in Greek) Seth treats kanabos with a certain medical significance.

Arab scientists were several centuries ahead of our current knowledge of the curative power of Cannabis sativa. They knew of and used its diuretic, antiemetic, antiepileptic, anti-inflammatory, and painkilling virtues, among others. For this reason, it seems reasonable to suggest that the data to be found in Arabic literature could be considered as a possible basis for future research on the therapeutic potential of cannabis and hemp seeds.

Cannabis double nature – harmful intoxicant versus beneficial medicine – was debated at least as early as the fifteenth century. At that time, Muslim theologians were faced with the question of whether hashish (a potent drug made from cannabis resin) should be treated like alcohol, which is specifically forbidden by the Koran. In solving this dilemma the scholars distinguished between the use of hashish as an intoxicant, for which they recommended punishment by brutal whipping, and its permissible use as a medicine.

Arab traders are also thought to have conveyed their knowledge of hemp’s medicinal properties to Africa during medieval times. There, cannabis came to be widely used to treat a variety of ailments, including snakebite, labour pains, malaria, and dysentery.

By contrast, there is little evidence that cannabis was used as a medicine in medieval Europe. During the Renaissance, reports from explorers in Asia, Africa, and the Middle East piqued the interest of European herbalists, who also consulted the writings of Galen, Pliny, and other ancient physicians. Nevertheless, medical cannabis continued to be a rarity in the West.

Western medicine slowly progressed from the understanding and moderate use in the early and mid-19th century, to wider use based on its medicinal properties in the 20th century. Nevertheless, due to prejudice and misinformation, the use of this plant has been marginalized, which has hindered research progress regarding its medicinal beneficial effects.

It was not until the mid-nineteenth century that Western medicine “discovered” cannabis. It was an Irish doctor, William O’Shaughnessy, who was largely responsible for acquainting his Western colleagues with cannabis’ healing properties. O’Shaughnessy learned of the herb as a professor at the Medical College of Calcutta. In the 1830s, he created cannabis preparations and tested their effects on animals; convinced that they were safe, he began administering them to patients as a treatment for pain and muscle spasms. He also reported success in using cannabis to treat the often-fatal vomiting and diarrhoea associated with cholera.

O’Shaughnessy’s discoveries fascinated physicians in Europe and America, provoking a flurry of Western research on medical cannabis that lasted well into the twentieth century. Hundreds of Indian and Western doctors described cannabis’s medical benefits before the Indian Hemp Drugs Commission, convened by the British in 1893-1894. They told of treating cramps, headache, asthma, diabetes, impotence, acute and chronic pain, fever, appetite loss, and scores of other conditions with the plant.

On the basis of this testimony, members of the commission concluded that cannabis represented one of the most important drugs in the Indian pharmacopoeia and that “moderate use of hemp drugs is practically attended by no evil results at all.” Thus, the commission recommended against cannabis prohibition, despite acknowledging the problems posed by its abuse as an intoxicant.

8. Scientific studies of Cannabis in ‘60s

The cannabis plant has a profound influence on the human body. This one herb seems to affect every aspect of our bodies and minds. How is this possible?

The search to answer these questions has led scientists to the discovery of the structure of phytocannabinoids, the active molecules of the cannabis plant.

The golden age of cannabis pharmacology began in the 1960s as Dr Raphael Mechoulam and his colleagues in Israel isolated and synthesized tetrahydrocannabinol, cannabidiol, and other phytocannabinoids. In 1964, Dr Raphael Mechoulam, from the University of Jerusalem, discovered the molecule Δ9-tetra-hydro-canabinol (THC), one of the active principles of the cannabis plant. Also there is cannabidiol or CBD, among many others.

Over the past decades scientists have made significant progress in revealing how chemicals in cannabis act on the body. Scientists who study cannabis and its effects on the human body largely agree about the potential benefits it may provide.

9. Scientific studies of Cannabis in ‘90s

Endocannabinoids: In 1992, a naturally occurring substance in the brain that binds to CB1 was discovered, called anandamide. This cannabinoid-like chemical and others that were later discovered are referred to as endocannabinoids. In 1995, 2-A, a second endocannanbionoid was discovered by Dr Raphael Mechoulam and his student Dr Shimon Ben-Shabat, establishing the existence of a cannabinoid system in the nervous and immunological systems. This previously unknown physiologic system, the endogenous cannabinoid system (ECS) is a central component of the health and healing of every human and almost every animal. In the 90’s Bill Nye taught 90’s kids about why we should be talking about cannabis a lot more.

In this century, we are finally beginning to understand the precise pharmacological mechanisms underlying the effects of cannabis and related preparations, most of which can be explained through the endocannabinoid system (ECS). As perhaps the most significant human biological scientific discovery in the last 30 years, the ECS is only now being integrated into medical school curricula.

The discovery of cannabinoid receptors also instigated a quest for selective CB1 and CB2 receptor agonists or activators, with varying degrees of success so far. This is definitely a field of future research.